Many of our school buildings have a fascinating history reaching back to the Victorian era, and Beaconsfield School in Ealing, London, is no exception. This historic building was originally erected in 1908 as a High School for Girls. At the end of WW1 it was commandeered for use as a hospital to treat over 7,000 Australian soldiers who had been wounded in front line action. Having served its purpose as a sanctuary for returning soldiers, Beaconsfield reverted to being a school for infant and junior children and has retained that function ever since. Now, 100 years on, the school is undergoing an expansion to accommodate growing numbers of 21st century children. The original Victorian structure is being extensively refurbished, and a new two-storey building is planned on the north side of the site.

Tower Lifts is delighted to be part of Beaconsfield school’s fascinating history as they start a new chapter of their development; we will be installing a standard screw driven platform lift, to travel between two floors, providing wheelchair and disabled access to students, staff and visitors to the school. The Tower Lifts team will be working with construction and site development agents to schedule the work, ensuring that vertical transportation is installed, tested and fully operational for the opening of the new and refurbished buildings.

Disability Lifts Designed to be Safe

At Tower Lifts we supply only fully compliant platform lifts and we pride ourselves on the safety training which is a requirement for our engineers and installers. We are ISO9001:2008 Lift Cert, and all of our work is DDA compliant. Over the years we have gained a reputation for the disabled access lifts our team has installed, and we take every care to guard and enhance that reputation with each new challenge we take on. 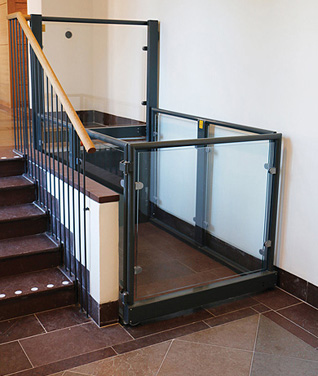 Tower Lifts are currently busy installing a number of screw driven lifts in schools across the UK. These vertical shaft platform lifts are ideal for buildings that are already using every inch of space for teaching and do not, therefore, have the spare capacity for a traditional lift shaft. The vertical shaft platform lift comprises up to six screw driven units and operates hydraulically. The free-standing shaft is easy to install and does not require extensive engineering or building work. The lift is also popular because it has the capacity to provide vertical transport for wheelchair users, as well as passengers with disabilities related to mobility, visual impairment, asthma, or allergies.

If you would like to learn more about our Platform Lift options  please contact us today on 01525 601099 or by emailing info@tower-lifts.co.uk

Tower Lifts Has a Range of Disabled Access Lift Solutions

Whilst the vertical shaft platform lift tends to provide an ideal solution for many educational buildings, we also offer more bespoke lift solutions for educational buildings where there is a need to integrate the disabled access lift seamlessly into its surroundings. We have designed disability lifts for use indoors and out; our step lifts can be recessed into an existing floor and their elegant mechanism allows them to be largely camouflaged until needed. We have also installed curved and straight stairway lifts providing wheelchair and disabled access.

Education provides access to a world of knowledge – Tower Lifts is proud to be providing physical access so that every student can make the most of their educational opportunities.

In addition to Platform Lifts, we can also install a variety of lifts in bespoke configurations, throughout the UK including:

This website uses cookies to improve your experience while you navigate through the website. Out of these cookies, the cookies that are categorized as necessary are stored on your browser as they are essential for the working of basic functionalities of the website. We also use third-party cookies that help us analyze and understand how you use this website. These cookies will be stored in your browser only with your consent. You also have the option to opt-out of these cookies. But opting out of some of these cookies may have an effect on your browsing experience.
Necessary Always Enabled
Necessary cookies are absolutely essential for the website to function properly. This category only includes cookies that ensures basic functionalities and security features of the website. These cookies do not store any personal information.
Non-necessary
Any cookies that may not be particularly necessary for the website to function and is used specifically to collect user personal data via analytics, ads, other embedded contents are termed as non-necessary cookies. It is mandatory to procure user consent prior to running these cookies on your website.
SAVE & ACCEPT
Posting....