In 2015, Rough Guides described Birmingham as the ninth best city in the world, and the Brummies are in the process of showing the world ‘you ain’t seen anything yet. This amazing city just keeps on transforming, and now millions of pounds have been invested in future plans for the city including the development of the Eastside Docks on Digbeth Canal, the creation of Festival Square, new TV studios, and the regeneration of Paradise Circus. Tower Lifts know the city well and are delighted to be an ongoing part of the city’s 21st century flowering.

As a city grows and flourishes, so does the demand for an efficient and reliable passenger lift infrastructure; new developments need to ensure ease of access for everyone, and a growth in visitor numbers requires increased sophistication in moving people around the city effectively. Our team of lift installers and engineers have been kept busy as the demand for passenger lifts in Birmingham has continued to rise. We have worked with city developers in retail, the public sector, heritage and leisure; each project brings its own unique challenges and we treat each installation as bespoke.

Passenger Lifts – Designed to be Safe

At Tower Lifts we supply only fully compliant lifts and we pride ourselves on the safety training which is a requirement for our engineers and installers. We are ISO9001:2008 Lift Cert, and all of our work is DDA compliant. Over the years we have gained a reputation for the passenger lifts our team has installed, and we take every care to guard and enhance that reputation with each new challenge we take on. 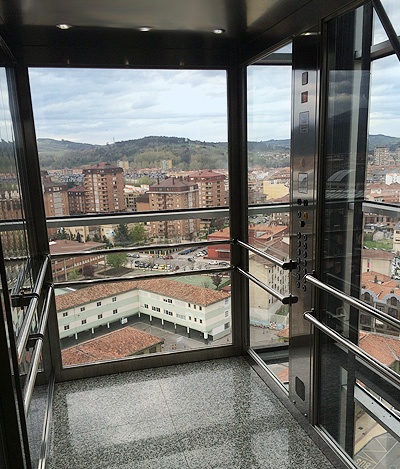 If you would like to learn more about our Passenger Lift Services in Birmingham please contact us today on 01525 601099 or by emailing info@tower-lifts.co.uk

A Range of Passenger Lifts in Birmingham

Tower Lifts offers a wide range of passenger lifts, each of which can be adapted to the specific requirements of its operating environment in Birmingham. Every one of our passenger lifts utilises the very latest technological innovations in the vertical transport industry, making us an ideal fit for the aspirational city planners behind Birmingham’s exciting new developments:

In addition to our Passenger Lift Services in Birmingham, we can also install a variety of lifts in bespoke configurations, throughout the UK including:

This website uses cookies to improve your experience while you navigate through the website. Out of these cookies, the cookies that are categorized as necessary are stored on your browser as they are essential for the working of basic functionalities of the website. We also use third-party cookies that help us analyze and understand how you use this website. These cookies will be stored in your browser only with your consent. You also have the option to opt-out of these cookies. But opting out of some of these cookies may have an effect on your browsing experience.
Necessary Always Enabled
Necessary cookies are absolutely essential for the website to function properly. This category only includes cookies that ensures basic functionalities and security features of the website. These cookies do not store any personal information.
Non-necessary
Any cookies that may not be particularly necessary for the website to function and is used specifically to collect user personal data via analytics, ads, other embedded contents are termed as non-necessary cookies. It is mandatory to procure user consent prior to running these cookies on your website.
SAVE & ACCEPT
Posting....